Wallace contemplates run for US Senate 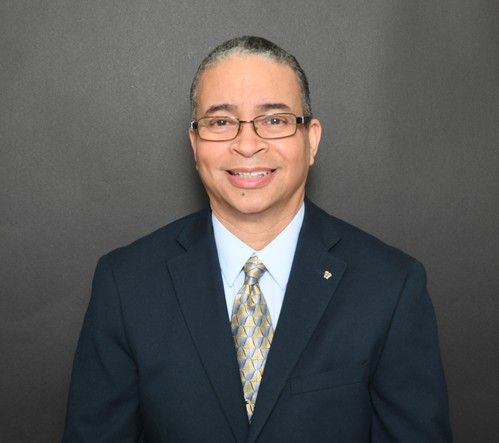 Get to know me.

Dr. Eric M. Wallace was born in Chicago, IL to John Wallace and Dr. Joan Scott Wallace (daughter of renowned painter William Edouard Scott). He lived on Chicago’s Southside until the third grade when his family moved to Wilmette IL. At that time the Wallace’s were the only African American family in Wilmette. Eric would spend his freshman year at New Trier East, where he ran track.

While pursuing his education, Eric has also worked in ministry for more than 30 years. He is an ordained minister and has served as a Pastor, Youth Minister, Children’s Minister, and Christian Education consultant. He has served locally as an associate minister at the Apostolic Church of God in Chicago, as well as Victory Apostolic Church in Matteson. He has also served as senior pastor for a congregation in the Church of the Nazarene.

As an entrepreneur, Wallace has owned a number of businesses from a publishing company to a dance studio. He also brings with him a range of work experience, which includes serving as a police officer and as director of editorial for an (IL) based Christian publishing company. Dr. Wallace also served as an officer in the Maryland Army National Guard, and as an Adjunct Professor at North Park University and Elmhurst College.

Notably, Wallace’s publishing tenure has spanned well over 30 years. While president and CEO of Wallace Publishing and Computer Graphics he published the Lamb’s Book, a Christian business directory, and the New Life Journal, a bimonthly Christian magazine. More recently, he has authored two books: Integrity of Faith, an autobiography, as well as Jesus on Trial, an intriguing approach to interpreting the gospel of John.  Both books were published by Integrity Books, a subsidiary of Wallace Multimedia Group, LLC, which is now a subsidiary of Freedom’s Journal Institute.

Wallace began implementation of Wallace Multimedia Group, LLC in 2004. However, encouraged to run for (IL) state senate, he chose to delay launching the company for two years. Dr. Wallace’s campaign drew the attention of news sources and politicians. Over the last fifteen years, he’s been invited to serve on the African American Advisory Board for the Republican National Committee, and is the former Chairman of the African American Republican Council of Illinois. He has also served as a member of the Outreach Advisory Board for the Illinois GOP, Co-chairman of Cook County Republican Party, a commissioner on the Illinois Transatlantic Slave Trade Commission, a member of the Village of Matteson zoning and planning Commission, and committeeman of the Rich Township Republicans.

Dr. Wallace, along with his wife Jennifer, broaden his political ambitions to include the publishing of an online political magazine, which encourages African-Americans, in particular, to cling to their natural conservative principles often ignored when making political choices.

Eric’s introduction into politics came when his mother became the first African American to serve as the US Assistant Secretary of Agriculture in 1978. In the late 80s his now deceased stepfather (Maurice Dawkins) also ran for Lt. Governor; and later the US Senate seat in Virginia as a Republican. Dr. Wallace, inspired by the re-election of George W. Bush, and the election of other minorities in the Republican Party, was moved to start the African American Republican Council (AARC) where he served as Chairman for two years. He also served as chaplain for the National Black Republican Association (NBRA).

After a rigorous but unsuccessful (IL) state senate run in 2006, Wallace continued his fight to elect local Republican candidates here in Illinois. Over the years, he volunteered his time and efforts towards the Marty Ozinga, III campaign for Congress in the 14th district; Tony Peraica’s bid for Cook County’s States Attorney; Antoine Members Congressional run in the 1st district; and Nella Piccolin’s campaign in Will Co. Board. In addition, he featured various candidates for Congress from across the nation in a special candidates’ issue of Freedom’s Journal Magazine (Sept., Oct. 08).

Wallace, and wife Jennifer, co-founded Freedom’s Journal Institute for the Study of Faith and Public Policy (FJI) in 2011 with the mission to “advance the Kingdom of God through sociopolitical education and engagement rooted in a biblical worldview.” In 2013 and 2014 he unsuccessfully ran for Congress in the 2nd congressional district in the South suburbs. During the campaign in 2014, his wife Jennifer was diagnosed with breast cancer. And, over the next five years, Wallace focused his time and efforts on taking care of his wife, and aging parents. His father would pass in June of 2016; followed by his mother in March of 2018. Most recently, Eric was the Republican candidate for state senate in the 40th district.

Recently, as the Wallaces continue their work with FJI, Eric has reengaged in political campaigning supporting Jeanne Ives run for Governor. In addition, Eric’s unique philosophical and political premise that “our cause requires that we stand for what we say we believe, and that we actively engage in the political process that represents us”—continues to be a driving force, which will not allow him to sit on the sidelines.

Eric, a resident of Flossmoor IL since 2012, is the father of two sons, Eric C. Wallace (34 yrs.) who is a graduate of Chicago’s Columbia College (2009) resides in Los Angeles; and Greg M. Wallace (32 yrs.) who studied at UIC and resides in New York City. Dr. Wallace, like his father, is a proud member of Alpha Phi Alpha Fraternity, Inc., and Jennifer is a member of Alpha Kappa Alpha Sorority, Inc.

Dr. Wallace desires to serve as US Senator for Illinois in hopes of providing a viable alternative to those trapped by failed education and social policies, which don’t benefit them. Eric is a reformer, who will work for fiscal, social and ethic reforms through promoting of Responsible government, Individual liberty and Fidelity, Strong Family Values, and Economic Empowerment (the R.I.S.E. principles).

We'd love to here more from you about how we can change our state and country.